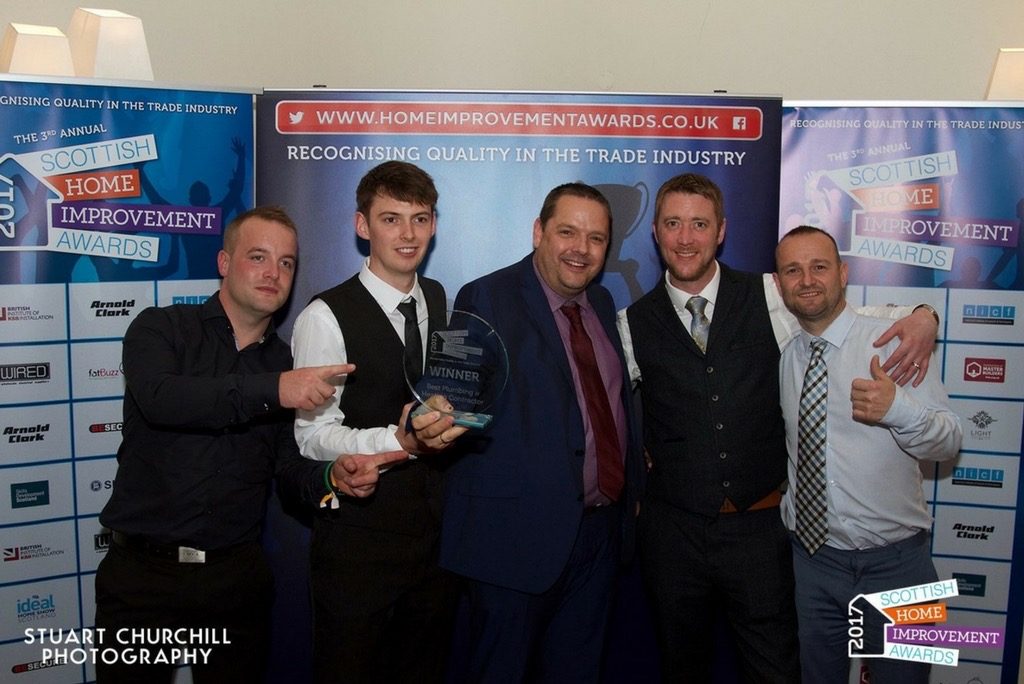 We are incredibly proud to announce that our sister company LW Haddow has once again won in their category at the SHIA Scottish Home Improvement Awards 2017.

Their team was awarded the title of Scotland’s Best Plumbing and Heating Contractor for the third year in a row, defending their existing title.

The Scottish Home Improvement Awards are a prestigious award ceremony which has held its inaugural ceremony in Glasgow in 2015 and the LW Haddow team are immensely proud to have won in their category every year since.

Director Mark Haddow was over the moon with the award and thanked everyone who voted for them.

“We’re absolutely speechless. Thank you very much to everyone who helped get us to the final and win for the 3rd year in a row. We’re humbled and honoured – this really means everything. Congratulations to the rest of the finalists and thanks to the organisers for another great night.”

LW Haddow has a fantastic team of plumbers, electricians and engineers who work to provide an amazing service with a smile to the people of Perthshire.

The LW Haddow team would once again like to thank everyone who helped them win this award and they look forward to defending it in 2018.